Another maintenance release for WordOps is available !

At first, we have updated our Nginx package and TLS v1.3 as well as Cloudflare HTTP/2 HPACK are now available on all operating systems including Debian 8/9/10 and Raspbian 9/10.

With this release we also introduced some changes in WordOps update process.
We have removed the Nginx upgrade step of our install/update script because it’s totally out of the scope of this script. We want to make sure you will be able to update your server as soon as we released a new version of WordOps, without having to care about having your sites down due to Nginx upgrade failure. From this release, you shouldn’t need to use the flag --preserve when updating WordOps anymore. We may introduce WordOps auto-update feature in the next releases, but don’t worry, this feature will be optional.

After updating WordOps, you will be able to upgrade Nginx at anytime with the command wo upgrade --nginx.
It’s the same for PHP-FPM or MariaDB. You can apply the MySQL configuration tuning added in the previous releases by running wo stack upgrade --mysql. If you are running an older version of MariaDB, you don’t have to worry about having issues with this command, because it will not upgrade MariaDB to the latest release (10.3) as we still have to run tests before implementing this feature. 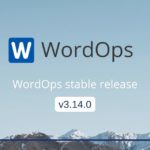 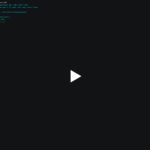