It include fixes for several bugs reported by the community, which makes WordOps more stable after each release.

The most part of important features missing in EasyEngine v3 such as wildcard and subdomains SSL certificates, securing backend with Let’s Encrypt, Fail2Ban, UFW, ProFTPd or TLS v1.3 has been implemented in WordOps during the past few months. But even by using automated testing with Travis-CI, several bugs were discovered after implementing those new features, and it required to fix them one after another. It has been done with the previous maintenance releases and this one.

If there are no more bugs reported by the community, we will decrease the release publication frequency to start working on the new features planned for WordOps v4.0.
You can take a look on the current roadmap for the next WordOps major release on the Github repository : https://github.com/WordOps/WordOps/projects/2 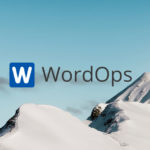 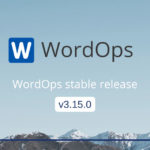 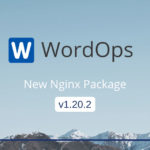